On Friday myself and a friend went to the Grow Your Own Business exhibition at Olympia, London. We were both looking forward to attending several talks on marketing and marketing related subjects. Hulya runs a print and web design company (www.isbs.co.uk) which occasionally involves helping her clients with other aspects of marketing, and I wanted to see if I could learn anything new or different or get a new idea.

We eagerly awaited the start of the first talk entitled “Successful marketing and PR strategies for small businesses”. The speaker had great credentials – he’s been featured in various national papers and other credible media sources and used to work for an internationally recognised advertising agency. So far, so good.

The first thing he told us was that he didn’t have a specific presentation to give us and that he was more or less just going to waffle about this and that. Hmm, not a good start. Presumably he knew about the conference some time in advance and would have had time to re-purpose one of his talks for this audience (as he seems to do quite a lot of speaking). I must say that I didn’t understand how this was quite as much of a benefit as he was making out.

He then went on to say that he wasn’t going to blind us with marketing theories or models, because he didn’t understand them himself. What!!?? You’re the expert who has the stage, we’ve given up our time to come and hear you speak, and you don’t even know what you’re talking about? Again, he was inferring that this was a virtue, and no doubt it was some kind of attempt at humour, but I instantly thought that was a complete and utter credibility killer.

Regardless of this, we stayed and listened to the talk anyway. He presented some rather strange sales process, which wasn’t actually a sales process but a marketing process, and some fairly complicated diagrams which I couldn’t even see and, more to the point, couldn’t see the point of in a presentation of this nature. Towards the end he started running out of time and we were subjected to a seemingly endless procession of slides detailing the design work that he’s done for clients – the proverbial “death by slides”. Eventually, the organiser had to tell him to stop, much to the relief of those of us who were bored and fed up by the obvious sales pitch.

But in a way, my opinion doesn’t count. As a fellow marketer and competitor, I’m bound to be critical and sceptical of any other speakers on the topic. So what was interesting was my friend’s reaction.

She had the same reaction as me after he announced that he didn’t understand marketing theory. He lost all credibility in her eyes. During the course of the presentation he also said that he used to think direct mail was rubbish and a waste of time, but had since gone on to do some good direct mail campaigns. She only heard the bit where he’d said he thought it was rubbish, and didn’t hear it when he explained that he’d changed his mind after good results. This is not because she has a hearing problem! It’s because he’d lead her into forming an opinion about both him and his attitude towards direct mail, and so she didn’t hear anything he subsequently said that contradicted what he said in the first instance.

I suspect there’s a lesson in there for anyone who uses public speaking to promote their business. Be aware that people are not paying 100% attention to all of your words. The brain is programmed to be efficient. At any one moment in time there are hundreds of sensory perceptions it might be paying attention to, therefore it doesn’t consciously listen to every word. Everything that is heard is fitted into an existing framework of knowledge and perception, and it will pick out salient points and fit them in with what it already knows either about you or what you do. So if you start off by appearing to admit that you don’t understand marketing theory, when you’re supposed to be the expert, then don’t be surprised if the filters go up and people don’t properly hear anything that you subsequently say.

It’s the principle of consistency, which is explained in various psychology texts, most notably Cialidini’s Influence: The Psychology of Persuasion. Also, people fill in their own gaps – they don’t literally read things or literally hear things – everything is filtered.

OK, psychological theories aside, the bottom line for me was this:

Because the speaker started off by creating a negative impression of himself, neither myself nor Hulya really trusted anything that he subsequently said and we both went away feeling that we’d wasted our time listening to him. His cavalier attitude destroyed any pre-existing semblance of credibility, and the talk was neither interesting nor particularly informative.

And, to cap it all off, he completely failed to use the technique that anyone using public speaking to build their business should use to persuade prospects to come forward and swap contact details. As a marketer, you’d think he’d know that, wouldn’t you?

To find out which step he missed out, see step 9 in this article >> 10 Tips For Marketing Your Business With Public Speaking 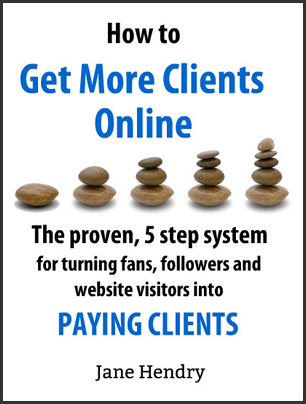 Click the link below to get FREE instant access to “How to Get More Clients Online – the Proven, 5 Step System for Turning Fans, Followers and Website Visitors into Paying Clients”